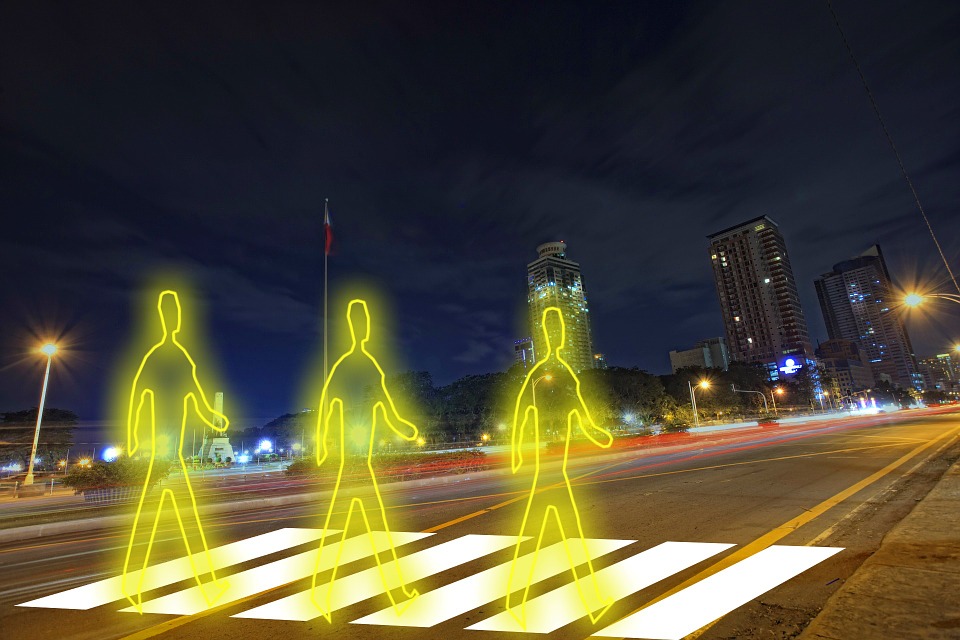 (This article was originally published in October, 2018)

Across North America, pedestrians are increasingly being killed or injured on city streets, even as the number of motorists involved in collisions is declining. There are a variety of theories about why this is the case.

For example, across the Lower Mainland, traffic incidents in which at least one pedestrian was involved rose from 1,700 in 2012 to 2,300 in 2016 (the last year for which numbers are available). That’s a 35 per cent increase in just five years. The corresponding increase on Vancouver Island was even higher, at 39 per cent.

Both of these trends far exceed population growth or vehicle use.

And the problem isn’t limited to British Columbia. In Calgary, with a population of 1.4 million people, one pedestrian is hit every day on average and half of them in crosswalks. Almost nine out of 10 collisions take place in clear weather, and 72 percent occur on dry, bare roads.

It has been difficult to determine why the number of pedestrian injuries and deaths is increasing so rapidly, even when accounting for population growth. Some speculate that our aging population makes for worse driving habits and a resulting increase in collisions involving pedestrians.

Another theory is that, due to a booming economy, more pedestrians and drivers with money in their pocket are out on the streets. During the years following the Great Recession, people tended to stay at home, so there was less chance of pedestrian collisions.

A skyrocketing surge in smartphone use may be another culprit in pedestrian injuries and deaths. Motorists are more distracted when driving, resulting in more collisions with pedestrians.

The dark winter months in British Columbia dramatically impact visibility on Vancouver’s roadways. And one of the most dangerous periods for pedestrians is almost upon us–when Daylight Savings ends on Sunday, November 3.

November is one of the three deadliest months for collisions involving pedestrians in Vancouver. According to the Coroner’s Service, the month with the highest average number of deaths is January (7.4 deaths per 100,000 people), followed by November (7.2). December is the third-most dangerous month for pedestrians at 6.3 deaths per 100,000.

A sleep neurologist says that while the shorter daylight hours and weather conditions of November can play a role in the increase in collisions, the time change in November could also play a role.

“The thing that messes people up is that our bodies are used to a 24-hour cycle, what we call the circadian rhythm … The body is very much in tune,” says Dr. Mark Boulos in a newspaper interview. “That’s why you tend to do the same thing over and over each day at around the same time, generally speaking, particularly sleep and wake cycles.”

When you “mess things up” by pushing it forward an hour or pushing it back an hour, Dr. Boulos says in the interview, you can disrupt your sleep cycles.

This can result in poor sleep or sleep fragmentation, which could factor into an increase in collisions in November.

Many of us are “multi-modal”, meaning we are pedestrians some of the time, and are motorists some of the time. Many of us need to drive to get to work or school. When we’re driving, we have the responsibility to keep the roads safe.

According to statistics from the City of Edmonton, a pedestrian’s chances of survival are only 45 per cent if hit by a vehicle going 50 kilometers per hour. The probability of the pedestrian being killed increases to 85 per cent if the vehicle is traveling at 60 km/h.

At 40 km/h, according to the report, 25 percent of pedestrians will be killed in a collision.

Since we know where Vancouver’s most dangerous intersections are, before driving to and from work, spend a moment thinking about where you are likely to encounter pedestrians. Next, make a plan about how you will look out for them. Route planning means safer driving.

Some precautions to take when walking in the winter:

Wear bright colours and reflective clothing will make it easier for drivers to see you.

Be aware that motorists will likely not be able to see you, and be proactive about keeping safe.