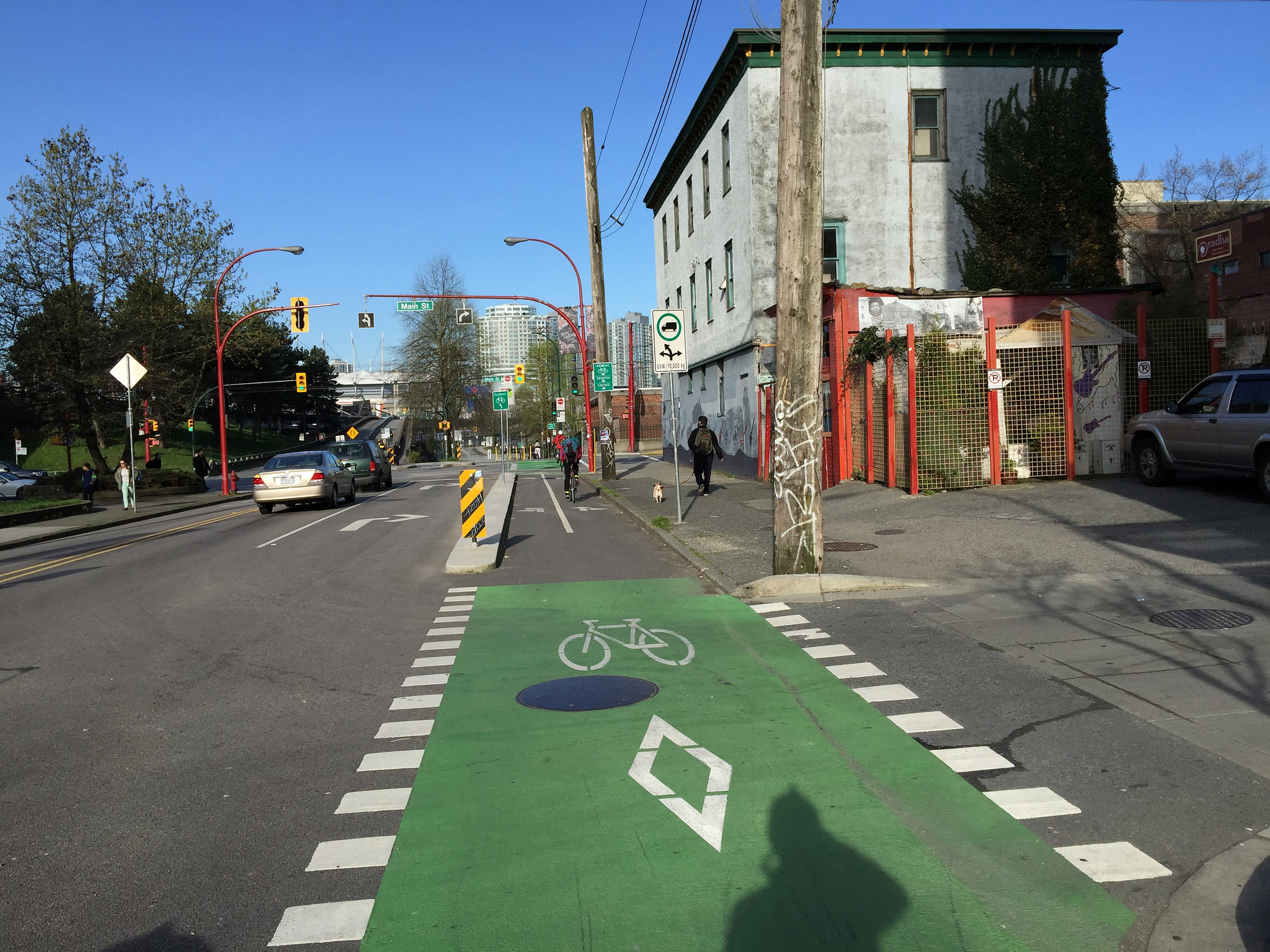 How Bike Lanes Could Reduce Congestion in Vancouver

There are nearly 311 kilometers of bike lanes and cycling routes in Vancouver alone, with more on the way. For cycling enthusiasts and New Urbanists, as Vancouver has become a city of bike shares, bike racks and bike-friendly intersections, the city is slowly but surely transforming into a cycling mecca like Amsterdam, Copenhagen and Portland. Cycling is healthy, say bike lane enthusiasts, and actually helps reduce traffic congestion.

Not so fast, say opponents of bike lanes, who wonder about the impact all these changes are having on automobile parking and traffic.

Hornby Street is an “absolute mess,” the West End is “a ghetto,” Pacific Street is a “nightmare” and Granville Street is a “big problem”, according to one local resident, who launched a petition in October 2017 calling on the provincial government to step in, wrest control from Vancouver and immediately halt the construction of bike lanes on West 10th Avenue, specifically around Vancouver General Hospital.

The petitioner from last fall is not the only Vancouverite to express frustration about bike lanes. Some candidates in the upcoming October civic elections have caught on, and are campaigning to rein in bike lanes.

“We will no longer allow a radical, agenda-driven war on transportation,” said one mayoral candidate. On a platform of “free the roads”, the mayoral hopeful said that, if elected, new bike lanes underway for the Cambie Bridge, Kits Beach and on West 10th would be removed.

“Everyone you talk to in this city, there’s a story of bike lanes … cyclists are saying they’re not using the bike lanes because they’re dangerous. They’re using the side roads,” she said in June.

Cyclists appear to be making “moderate”- distance trips between neighbourhoods. For example, the average bike trip distance is over five kilometers, which is about the same distance as travelling from Stanley Park in downtown Vancouver to Dude Chilling Park in East Van.

However, even committed cyclists are not always sold on the idea of bike lanes in downtown Vancouver.

“I try to avoid cycling in downtown Vancouver like the plague because of snarled traffic, particularly near the new Nelson and Smithe street bike infrastructure,” says Fairview resident and regular cyclist Rob DuMont, who, in an interview with the Vancouver Courier, says he supports promoting cycling in the city but “not at the expense of motorist.”

In the Courier article, DuMont says he feels like Vancouver City Council is using the growth of the city’s population and number of commuters as an excuse “to take out vehicle lanes, make it more difficult for cars,” in the interest of bikes.

However, there is the argument that bike lanes, even if they reduce on-street parking and the amount of roadway available to motorists, can actually help reduce congestion. In London (U.K.) protected bike lanes are one of the best ways to reduce congestion in London, carrying up to five times as many people per hour as a main road, according to a recent report published by the Mayor of London.

There’s a strong argument that bike lanes actually do reduce congestion — there’s a rule of thumb that a road that can carry 2,000 cars per hour on average can carry 14,000 bikes.

Thanks to new bike lanes in London, the number of cycle trips have increased by ten per cent year over year, according to the report. Bike lanes and increased bike trips result in less traffic, more retail sales and better public health, all while reducing congestion.

In terms of the argument that more bike lanes means less road space for automobiles, more delay at intersections and therefore an increase in congestion, it’s actually not that simple. According to CityLab, an online publication focusing on urban issues, smart street design can eliminate many of the traffic problems anticipated by expanding bike lanes.

According to city figures, the average car took about four-and-a-half minutes to go from 96th to 77th before the bike lanes were installed, and three minutes afterward—a 35 percent decrease in travel time. This was true even as total vehicle volume on the road remained pretty consistent. In simpler terms, everybody wins.

According to CityLab, the reduction in congestion was due in part to the addition of left-turn pockets. In the old street configurations, cars turned left from a general traffic lane; in the new one, they merged into a left-turn slot beside the protected bike lane.

Based on what the public is saying, it’s no sure thing whether or not more cycling infrastructure will be built. According to a June 2018 poll, most Canadians think bike lanes are good, but many aren’t sure they want more of them.

Another poll suggests how you feel about bike lanes may depend on where you live. People in Edmonton, Calgary and Vancouver are most likely to say there are too many bike lanes, presumably because there are so many of them in those cities already. But Winnipeg residents are demanding more of them.

Besides potentially reducing congestion for motorists, bike lanes and other cycling infrastructure could make cities more accessible for everyone. For example, women in particular are more likely to commute by bike if they have access to protected bike lanes.